Earlier this week in an article by Lancaster Online, it was stated that Strasburg Township is considering relaxing rules that govern boarding of horses and dog breeding kennels.

Strasburg Township is considering relaxing rules that govern boarding of horses and dog breeding kennels. The matter came up during a township meeting by the supervisors. The zoning amendments are reported as being meant to encourage more kennels to operate legally and make it easier for plain sect farmers to legally keep horses that they rely on for transportation.

Robert Breuninger, a member of the zoning board and a local resident was representing himself and said his new neighbor requested a waiver to the setback requirement for a stable, from 25 feet to 20 feet, and a waiver to the acreage requirement, from one acre to .7 acres.

According to supervisor Michael Weaver “Amish are being forced into smaller properties because of the scarcity of the farmland.” Currently many kennels are unlicensed and it was suggested that easing the current zoning requirements would encourage many kennel owners to obtain licences.

Mark Deimler, township engineer said once kennels are licensed, the township can enforce the zoning with yearly inspections for safety and the health of the dogs. Currently the township can’t enter a property that’s been reported as an illegal kennel.

According to Deimler , most Amish farmers have three to four breeding dogs with kennels of nine to 25 dogs, But they operate on less than the 20 acres required by the current ordinance. In Strasburg Township,more than 60 dogs requires a state-issued commercial license.

Some local residents believe the amendment, if it goes ahead will lead to more Puppy Mills operating in the area.

What do you think?  Leave comments below. 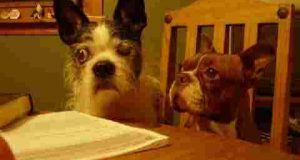